Virginia Prifti’s son Lawrence was just 8 years old when he passed away as a result of adrenoleukodystrophy (ALD). Like so many others with this rare, genetic condition, he was a normal, healthy boy for the first years of his life. Aged 7, he began to have hearing difficulties which doctors could not explain. When this developed into a more general lack of comprehension, turning him into a more reserved and isolated young boy, Lawrence was referred for a brain scan. 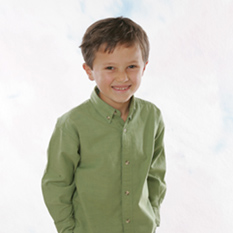 This first indication of a serious problem led to a devastating diagnosis: Lawrence had ALD, a condition which would take over his body and prevent him from reaching adulthood. But what was ALD, what symptoms would he suffer, what could be done for Lawrence?
When he was diagnosed in October 2004, the answers to these questions were still largely unknown, even to doctors delivering this news.

Overwhelmed and isolated by this “clumsy” diagnosis which did not answer their questions, Virginia and husband Peter researched ALD online and discovered the newly-formed ALD Life. They began to learn more about this devastating condition.
Over time, ALD takes away the ability to talk, walk and eat without assistance. Those affected, most commonly young boys, tend to live for between 1 and 10 years from diagnosis. For Lawrence, this deterioration came swiftly; he lost the ability to walk overnight in December 2004.

The great difficulties of coping with this rapid deterioration were lessened by the inclusive and supportive approach of Lawrence’s primary school and classmates. He received one-to-one care to allow him to stay at his school until Spring half term 2005. Virginia and her family prepared for the worst, while young Lawrence remained determined to walk again.
Lawrence’s death in July 2005 brought an end to the pain and suffering of his short life. The rowan tree growing in her garden, a gift from Alex TLC on her son’s passing, was a source of comfort in this difficult time and still reminds Virginia of her beloved son. 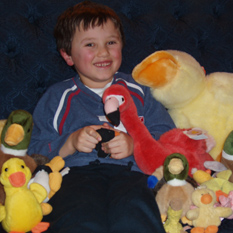 When he passed away, Virginia took the unusual decision to keep her son’s body at home. Lawrence stayed in his room for almost 5 days, while friends and family came to say goodbye. He was then placed in a coffin lined with petals and letters from loved ones and driven to his funeral in the family car. Virginia found this to be incredibly important to her healing process and to that of her daughter Imogen, who was just 10 years old. She advises bereaved parents to consider this approach, particularly for its effect on siblings. Her passion for the value of this to aid a family’s grief would later bring her to speak about this experience on Radio 4’s Woman’s Hour.

Shortly after Lawrence’s death, Virginia found another way to channel her grief, establishing a charity in his name. With Alex TLC already working to support families living with ALD, Virginia decided to focus on children who would not have been able to access the advanced medical care that Lawrence received, or even basic amenities such as clean water. With this selfless aim in mind, Virginia established Lawrence’s Roundabout Well Appeal. Through the innovative roundabout wells built across South Africa, the life of one child would be remembered by changing the lives of many. 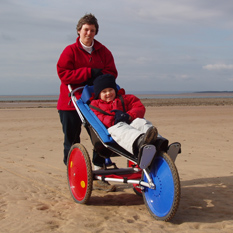 Alongside this new commitment, Virginia became increasingly involved with ALD Life, who connected her to a family in the USA who had a son diagnosed at the same time. This American boy received a bone marrow transplant to attempt to treat his condition. Sadly, complications of the procedure resulted in the death of the young boy within a few short weeks. For Lawrence and many other ALD boys, the diagnosis of ALD came too late for this: a transplant can halt progression of the condition but cannot undo existing damage caused by ALD. Talking to this family was a great help to Virginia in her grief.

Meeting others who have lived with ALD or lost loved ones to this condition continues to be a source of strength for Virginia and family. The Alex TLC Community Weekend has become a great opportunity for Virginia to build these relationships and find mutual support. After many years of attending these events, she has recently encouraged daughter Imogen, now 24, to come along. 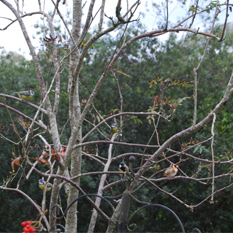 Alex TLC provides support to families like Virginia’s living with ALD or with the loss of a loved one to this rare condition. We work to produce accurate and valuable information and raise awareness to make sure that families receiving this diagnosis are well-informed and able to access support in a difficult and vulnerable time. Virginia, a former Alex TLC Trustee, believes that information and awareness about ALD has improved since Lawrence’s diagnosis and hopes that this will continue, enabling families whose lives have been turned upside down to get the information and support that they need.

If you need information on ALD and its adult manifestation, AMN (Adrenomyeloneuropathy), you can find practical information leaflets on our website. For advice and support, including finding out more about our invaluable Alex TLC Community Weekends, please contact us.