Alex, The Leukodystrophy Charity,was set up by Sara Hunt, a single mum of two sons diagnosed with adrenoleukodystrophy (ALD), the most common of the leukodystrophies, in 2001. Following this most devastating of diagnoses, Sara decided that the only way to deal with her family’s new situation, was to be as positive as possible and do everything in her power to save her boys. Determined not to let ALD defeat their sense of family, she spent the next 12 years making the best of their new “normal”. This is Alex’s story.

1996 – grommets put into ears following hearing problems. We have difficulties with toilet training.

1997/98 – continued difficulties with bedwetting and continence at school. Improved throughout the year. Referral to child psychologist with no result. GP reluctant to pursue further. Social and educational skills progressing well. 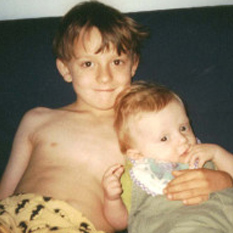 July 2000 – teacher reports inattentive in class on occasion. Otherwise no worries at school.

October 2000 – hearing test at hospital which comes back normal. School still worried as Alex obviously not comprehending what he has heard. Squinting at books. Handwriting getting very bad. Eyesight test – again normal results. 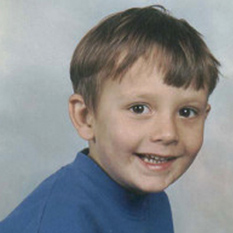 November/December 2000 – referred to community paediatrician. Does several tests. Verdict – needs urgent referral to a neurologist. Meanwhile Alex is constantly getting lost in school, needs assistance to find toilet, cannot be left in playground alone, walking into things, losing things that are right in front of him.

15 January 2001 – after a happy Christmas (Alex gets his longed for yellow game boy), go to Guys for tests. By now Alex cannot walk without an adult on each side of him. EEG normal, it’s not epilepsy, we worry it’s a brain tumour.

16 January 2001 – MRI scan comes back with adrenoleukodystrophy. Doctor tells us there’s nothing can be done and we’re told to go home, give Alex anything he wants and wait for the inevitable.

19 January 2001 –Alex says he feels slightly unwell and then has a massive fit at home. Ambulance called and Alex taken to resus as not making proper respiratory effort. 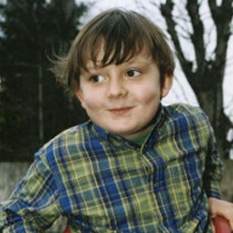 22 January 2001 – after three days in intensive care Alex wakes up to say he can’t see.

25 January 2001 – told ALD is genetic and we need to have Alex’s brother, Ayden tested. Both boys have tests for adrenal failure. Alex is put on replacement steroids as test comes back positive and it is confirmed his fit was an adrenal crisis. Ayden’s test is negative at this point. Hospital apologises for not informing us of genetics and adrenal side of ALD. They had planned to go through this with us later after we’d had time to get over the initial shock of his diagnosis. We understand.

February/March 2001 – mobility getting worse. Attending school for a couple of hours twice a week with special assistance. School finding it hard. Alex extremely clingy. Can no longer write and finds it difficult to feed himself. Alex given splints to help his mobility and to keep his feet in the right position. Wearing them at night starts to give him pain. Alex starts to attend a hospice day centre – hates it. We are told to persist. 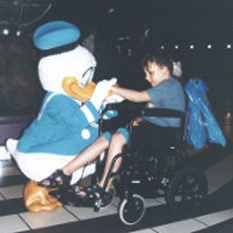 April 2001 – it is decided Alex can no longer go to school as having difficulty managing stairs. Take boys to Disneyworld, Florida for dream holiday after TV show Bad Girls do fundraiser for us. Alex is still mobile, just, but take a wheelchair. Alex in wheelchair for most of holiday. Speech starting to slur and eating becoming more and more difficult. Wearing nappy at night and can no longer manage splints for more than an hour. Still hates day centre. Ayden diagnosed with adrenoleukodystrophy.

May 2001 – Alex is wheelchair bound now. Posture bad and slumps all the time. Speech near incomprehensible. Needs to be fed now. One leg and arm getting difficult to bend. Fully incontinent now. Still hates day centre.

June 2001 – major concerns about amount Alex eating and drinking. Losing a lot of weight. Gastrostomy (feeding tube into stomach) done mid June. Cannot understand Alex at all now. Persistence with day centre starts to pay off – Alex will stay there on his own now without crying. Alex tries to communicate by tapping hand once for yes and twice for no.

July to September 2001 – moved to more suitable disabled accommodation. Alex extremely uncomfortable most of time. Muscles constantly tense despite medication. Horrific problems with wind. We start trialling medication and dosage. Various strategies are tried to help symptoms. This goes on for over two years. On the good side Alex starts having laughing fits that last for sometimes hours.

September 2001 – Alex starts special school. Great relief. Can no longer use his hand to communicate. 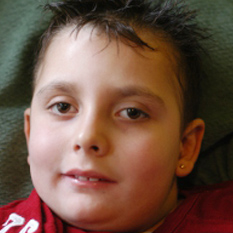 June 2002 to December 2002 – constant problems with muscle spasm, wind and infections. Care packages not working. Huge problems with positioning. We are not in a good place.

January to June 2003 – homeopathic remedies starting to work well and wind problems greatly reduced. Start to reduce pharmacological medication for wind and bowel problems. Big improvements. Only drawback is no more sounds from Alex – he is too silent.

January to June 2004 – Start alternative therapy. Alex can now bend his knees to 90 degrees, is beginning to gain control of his limbs and is making small sounds again.

July to September 2004 – Alex making good progress. Can now eat a whole pot of fromage frais or equivalent soft food in one sitting and making more and more noises. Is obviously trying very hard to communicate on occasions.

September 2004 to April 2005 – Alex’s eating improves and comes off tube feeds completely. Tube only now used for extra water and medicines. Alex moves to secondary school in September 2004. Agreed with education authority that he can go in part time spending two weekdays at home to concentrate on alternative therapy. A charity buys Alex a specialised bicycle that he can cycle from his wheelchair and he starts to use this regularly. Alex is weaned off epilepsy medication with consultant neurologist’s consent. Some very minor fits are observed from time to time but Alex snaps out of these very quickly.

April 2005 – Alex comes home from school with a broken femur and is in traction for six weeks. Leg heals very well but is an obvious setback in physical rehabilitation. Decision made that education will now be done at home.

June 2005 to February 2006 – Blinking responses for yes and no are seen to improve. He is able to move his left toes on demand and begins to exhibit similar movements with other limbs. Sounds increase in volume and amount. Actively resists certain activities such as changing.

Decision to educate at home not supported or funded by education authority – this is being appealed. 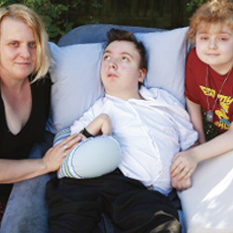 2006 to 2008 – Alex stable but the effects of the broken leg on his back become worse and worse resulting in spinal curvature and seating difficulties. The day before a SENDIST tribunal re Alex’s education local authority agree he can have home education to start November 2006 (eighteen months after he was taken out of school). Felt very let down and frustrated, but at least the pressure of trying to home school Alex will be taken away.

May 2008 – Ayden admitted to hospital for urgent bone marrow transplant to stop him becoming like Alex. We are all terrified.

September 2008 – Ayden finally allowed home after successful transplant. He has many complications and is lucky to have come through. Alex is now near enough confined to bed as his spinal curvature does not allow him to sit comfortably. He desperately needs corrective spinal surgery but has pressure sores due to the curvature and cannot have the surgery until these have completely healed.

September 2009 – After a very difficult year, Alex is finally allowed to have the corrective spinal surgery, which thankfully is successful although difficult.

July 2010 – Finally getting back to whatever normal is for our family. We have our first holiday since before Ayden’s transplant and this is the first year that we have started to go out and enjoy life as a family again. 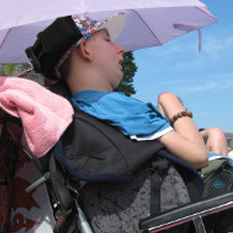 May 2011 – Alex’s 18th birthday – big celebrations, huge party, lots of old and new friends – Alex shows his love of Guinness! BUT the downside is his transition from children to adult services within social services and the PCT. Get a phone call two days before his birthday informing me his care package will cease tomorrow. Call various departments in social services continuously as all assessments etc. have been done but keep getting passed from department to department. Finally, on the day before his birthday get through to the right department, and decide to sit in their offices until they have proved to me that his care package will continue seamlessly. Not a good day and also told we will have to be reassessed yet again as his paperwork has been “lost”. Eventually sorted and care package continues.

July 2011 – Go on holiday again and take Alex to his first music festival.

September 2011 – Ayden starts secondary school. Big day and very exciting for all. Some think we should be sad as we never got that far with Alex, but actually it’s really good and Alex enjoys hearing about Ayden’s day and loves having the house full of his friends.

October 2011 – Start thinking about Alex’s education once he’s 19 as home schooling will stop then. Alex indicates he’s looking forward to college and socialising.

January 2012 – Offered places at two special needs colleges for Alex. Looking forward to getting him out of the house and socially integrating with his peers – he’s so ready for this now, has been for a long time. Really stupid process though as, although he’s been offered places, the local authority won’t make the decision on funding college for him until a week before he’s due to start. What a ridiculous world we are living in! 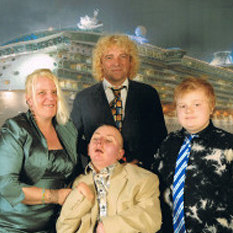 May 2012 – due to the compensation payout for Alex’s broken leg we are able to go on a dream holiday cruise round the Canaries with Royal Caribbean. Fantastic time had by all and thoroughly recommend it to anyone. Hoist available for the swimming pool – most memorable moment of holiday being all of us in pool together in beautiful sunshine with band playing poolside – total bliss! Alex has his 19th birthday on Madeira – totally beautiful and a happy time we will never forget.

September 2012 – mixed month of feelings. Social services cut all our registered nursing care and all care is now covered by carers – we contest but haven’t the strength to fight anymore. Alex begins college at Nash in Bromley – he enjoys it and it’s great to have him leading a more normal life with social interaction and not just stuck at home during the week.

November/December 2012 – Alex is quiet and not his normal self. We have a couple of instances of illness but nothing serious enough for intervention according to GP.

December 17th – 19th 2012 – Ayden and I come down with norovirus. Alex becomes ill on night of 18th December and Sara decides to sleep with him as he is not quite right. Decision made not to call for ambulance as not only are we exhausted but we do not want to put him through a night in casualty due to past experiences. We are confident we can manage any problems better ourselves. Sara tends to him during night.

December 19th 2012 – we awake to find Alex not breathing. Ambulance called but he has passed away.

May 2019 – ALD Life expands to support all sufferers of genetic leukodystrophies and become Alex, The Leukodystrophy Charity (Alex TLC).

THE FUTURE AWAITS, INSPIRED BY ALL LOST TO ALD…… 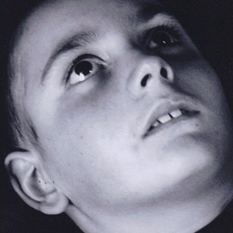